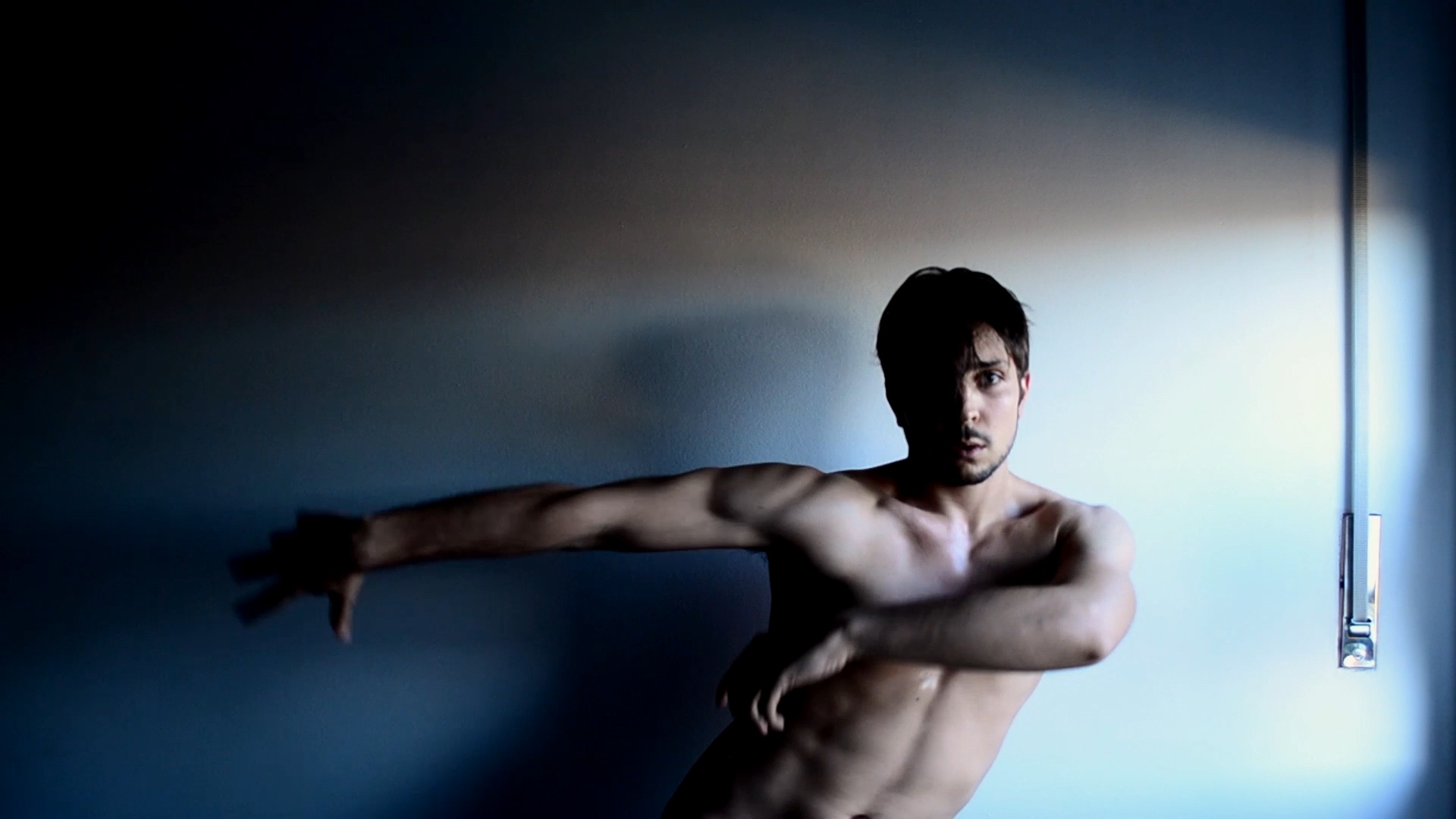 He was born in Verona where he began his dance studies at the age of seven. In 1990 he was admitted to the ballet school of Teatro alla Scala where he graduated in 1994.

The same year he joined the corps de ballet of Teatro alla Scala where he danced the classical and contemporary repertoire of the most important choreographers.

He played leading roles such as Lucien in Paquita (Petipa), Obscurantism in Excelsior (Dell’Ara) debuting at the Paris Opéra, Gatsby in The Great Gatsby (Prokovsky), Principal Dancer in Etudes (Lander), Siegfried in Swan Lake (Nureyev and Bourmeister), Frollo in Notre Dame de Paris (R.Petit), Albrecht in the version of Giselle by S. Guillem in the tourneé at La Scala in Los Angeles, New York and London and in the Chauviré version.

He played Romeo in Romeo and Juliet (MacMillan) also performing at the Bols’oj Theater in Moscow. The Prince in The Nutcracker (Nureyev and Polyakov), Oberon and Titania’s Knight in A Midsummer Night’s Dream (Balanchine) on tours in Baden-Baden, Venice, Bologna, Turkey, Athens, Sao Paulo, Rio de Janeiro, St. Petersburg (at the Mariinsky Theater), Hong Kong, Beijing, Tianjin, Shanghai and Denmark. In 2001 Sylvie Guillem invites him to New York and London to play Albrecht in “his” Giselle.

In 2002 he played “Darkness” in Excelsior at the Opéra National de Paris with the La Scala Ballet. In 2003 he was a guest artist at the San Carlo Theater in Naples and at the Teatro Comunale in Florence where he danced in Romeo and Juliet and The Nutcracker.

With the Balletto della Scala he also played the role of Johann in The Bat by Roland Petit, “Pharaon” and in the inaugural opera of the 2003/2004 season Moise et Pharaon, Des Grieux in L’histoire de Manon (MacMillan), Onegin in the ballet namesake of John Cranko and Basilio in Don Quixote by Rudolf Nureyev with whom at the end of the performance, in October 2003, he obtained the nomination as principal dancer.

In 2004 he was chosen by Maurice Béjart to interpret The Chosen in Le sacre du printemps. In 2006 he danced in the role of the “Fool” alongside Alessandra Ferri in La Strada. In 2008 Roland Petit chose him to interpret Le Jeune homme et la Mort and L’Arlésienne for the performances of “Serata Petit” at the Teatro Regio in Parma and at the Teatro alla Scala in Valencia, Moscow, Ancona and Catania where he danced with Massimo Murru and later with the étoile of the Paris Opéra Benjamin Pech also the double step from Proust by Roland Petit. In 2009 he was Franz in Coppélia, a new creation by Derek Deane for the Balletto della Scala; in the “Triptych of the Twentieth Century” dance Bella Figura by Jiří Kylián, and the main duet of Voluntaries by Glen Tetley; he was also one of the main interpreters of Pink Floyd Ballet by Roland Petit at La Scala and in the subsequent summer tours. Also in 2009 he was at the Flegrea Arena in Naples in the “Roberto Bolle and Friends” gala. In 2010, a guest at the Teatro Massimo in Palermo is Franz in Coppélia by Roland Petit. In the same year he danced with Eleonora Abbagnato the double step “For the last time” by L.Cannito and is called to the NCPA theater in Beijing for the creation of the ballet drama “Marco Polo” where he was a great success. He was a guest in Verona at the “Teatro Filarmonico” interpreting the role of “Fool” next to Letizia Giuliani in the suite “La Strada” in the evening “Homage to Rota” at the Gala in Piazza della Signoria in Florence with the Maggio Fiorentino in the p.d.d. of “Morel & St. Loup” paired with Nino Sutera and then with Hervè Moreau in Cremona, then in Beijing for the replicas of “Marco Polo”, and finally in Verona at the Teatro della Gran Guardia in the show “Armonie in Movimento” where he danced four of his own choreographies . In 2012 he received great approval dancing “Frate Lorenzo” in the choreography of Romeo & Juliet by Sasha Waltz, as well as in 2013 in the ballet Notre Dame de Paris in the role of Frollo choreog. R.Petit. He then leaves for the Japan tour with La Scala and on his return again Lescaut by K.Mc Millan to conclude this lucky year chosen by Alexei Ratmansky to dance with Roberto Bolle in his new creation “Opera” for the Balletto della Scala.

Also in 2013 he was awarded the prize for best performer of the year by the magazine Danza & Danza. In 2014 he begun dancing alongside Maria Eichwald the duo “La Rose Malade” in the diptych of the Teatro alla Scala production “Cavalleria Rusticana” and “Specter de la Rose” directed by Daniel Harding. Then in “Swan Lake” in the role of Rothbard together with S. Zakharova and D. Hallberg. In 2016 he returned as a guest of the Arena di Verona Foundation in the Stravinskij evening at the Philharmonic Theater to dance Apollo, choreography by R.Zanella.

In 2018 he was still a guest of the Foundation to dance in the Arenian amphitheater the main role of the “Savages” with Petra Conti, in Zeffirelli’s Aida.

Simultaneously with the activity of Principal Dancer of the Teatro alla Scala, since 2007 he has devoted himself more and more often to choreography, first creating the only “FLAMME”, which will be inserted and expanded in 2008 in the show “SPHAIROS”, a triptych of emerging La Scala choreographers. In the same year he created, with the choreographer Gianluca Schiavoni, the show “TRA TERRA E MARE” at the “Calagonone Jazz Festival, and again for the same show” DJANGO “in 2009. In 2011 he created a choreography for Giuseppe’s Opera” ATTILA ” Verdi directed by Gabriele Lavia. In the same year he created the choreography for the short film “LA PASSIONE” directed by Andrea Forte. 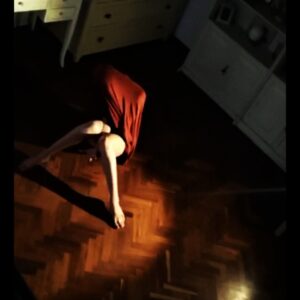 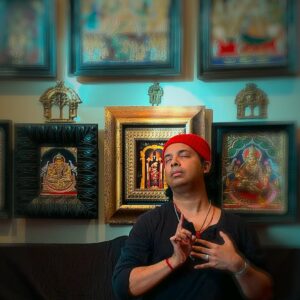 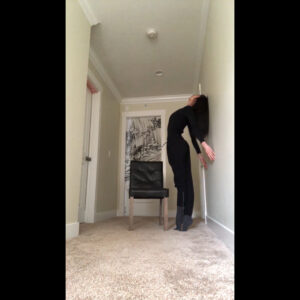 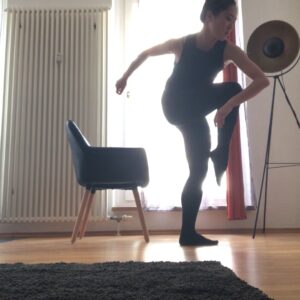 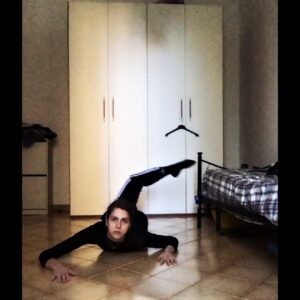