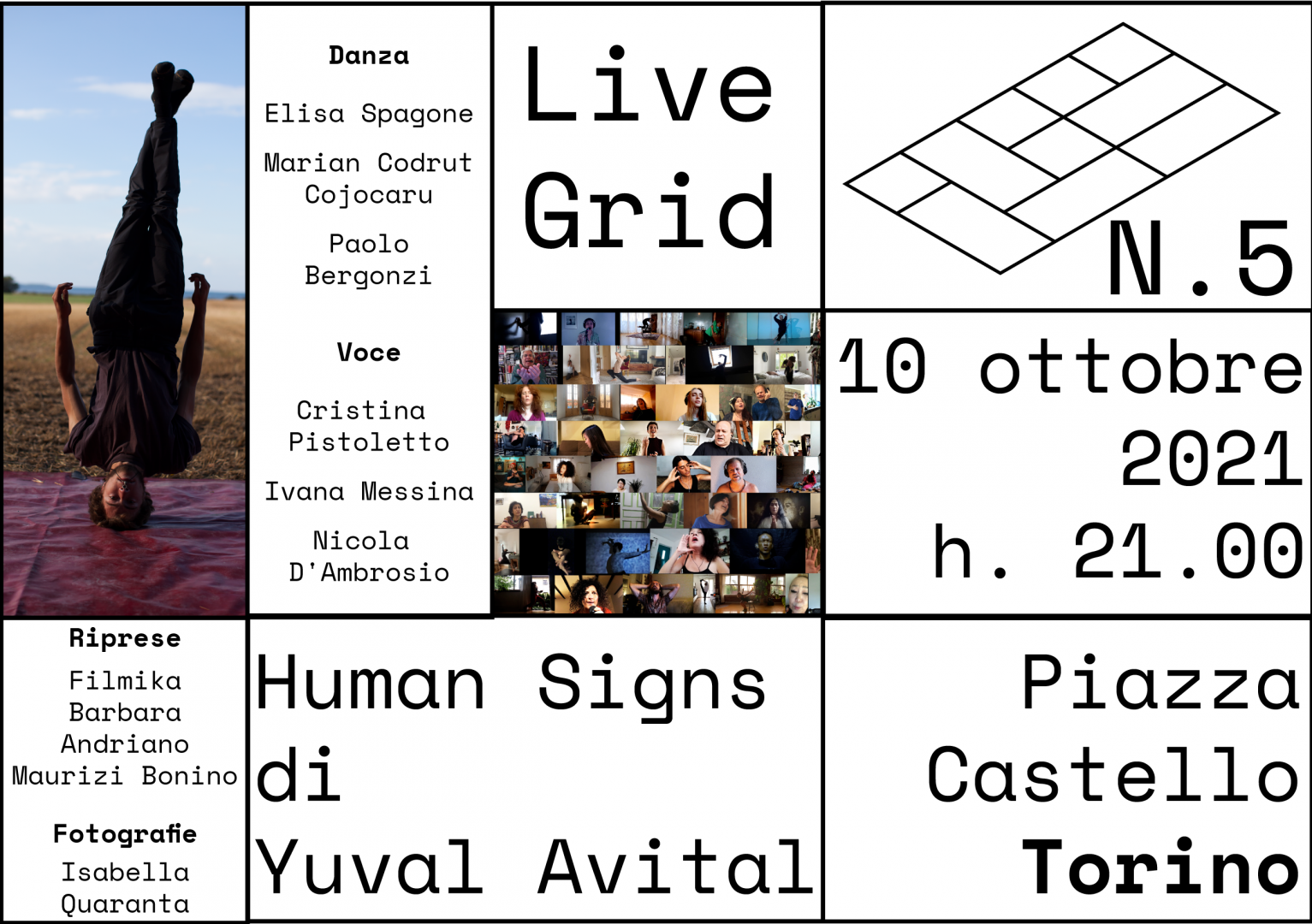 The global chorus of bodies and voices created by Yuval Avital during the lockdown, after New York, St. Petersburg and Tel Aviv, comes to life in Piazza Castello in Turin, thanks to the participation of local artists coordinated by Elisa Spagone. A fresco of cries and whispers, of motionless and trembling bodies, glimpses of human lives, a reminder of a suspended time that will become history: a living digital archive and performances in different and unexpected public spaces.

The art rite LIVE GRID is a living, site-specific expression of the global art project HUMAN SIGNS, a participatory work created by artist and composer Yuval Avital in collaboration with choreographer and dancer from Teatro alla Scala Stefania Ballone. LIVE GRID, already presented at Manifesta 13 Marseille, now arrives in the capital of Piedmont on Sunday 10 October 2021. The performers will occupy the symbolic grid of HUMAN SIGNS, transforming the project’s logo into a stage where the dialogue between the artists takes place at the same time as their unique and deeply individual performance.

HUMAN SIGNS is a relational creation of immense proportions involving so far more than 200 artists from 50 countries, from classical ballet étoiles to African avant-garde performance artists, from renowned opera soloists to leading figures from non-European singing traditions. Avital’s singing, “replicating” the aesthetics of the virus, has travelled the world, entering the homes of artists and inviting them to respond through voice and gesture, two of the most fundamental forms of human expression.

HUMAN SIGNS starts with Yuval Avital’s 12-minute vocal artistic testimony, self-filmed during the lockdown, expressing his most intimate state. This song becomes a fundamental track to which all the artists relate as a temporal, musical and intensity guide (similar to the Renaissance concept of Cantus Firmus), allowing connections between all the participants, whose performances can be combined endlessly, creating Ensembles, intimate dialogues and finally the Live Grid.

The Turin-based protagonists of this project come from different backgrounds, from performance to classical dance, break dance, dance-theatre, dance therapy and music therapy.

The LIVE GRID N.5 was coordinated by the artists Elisa Spagone, and will be filmed by Filmika – Barbara Andriano, Maurizio Bonino and photographed by Isabella Quaranta.

The performance, lasting about an hour, will be presented in Turin on Sunday 10 October at 9pm and online on Thursday 21 October at 7.30pm (CET) on Yuval Avital’s YouTube channel and various social networks. 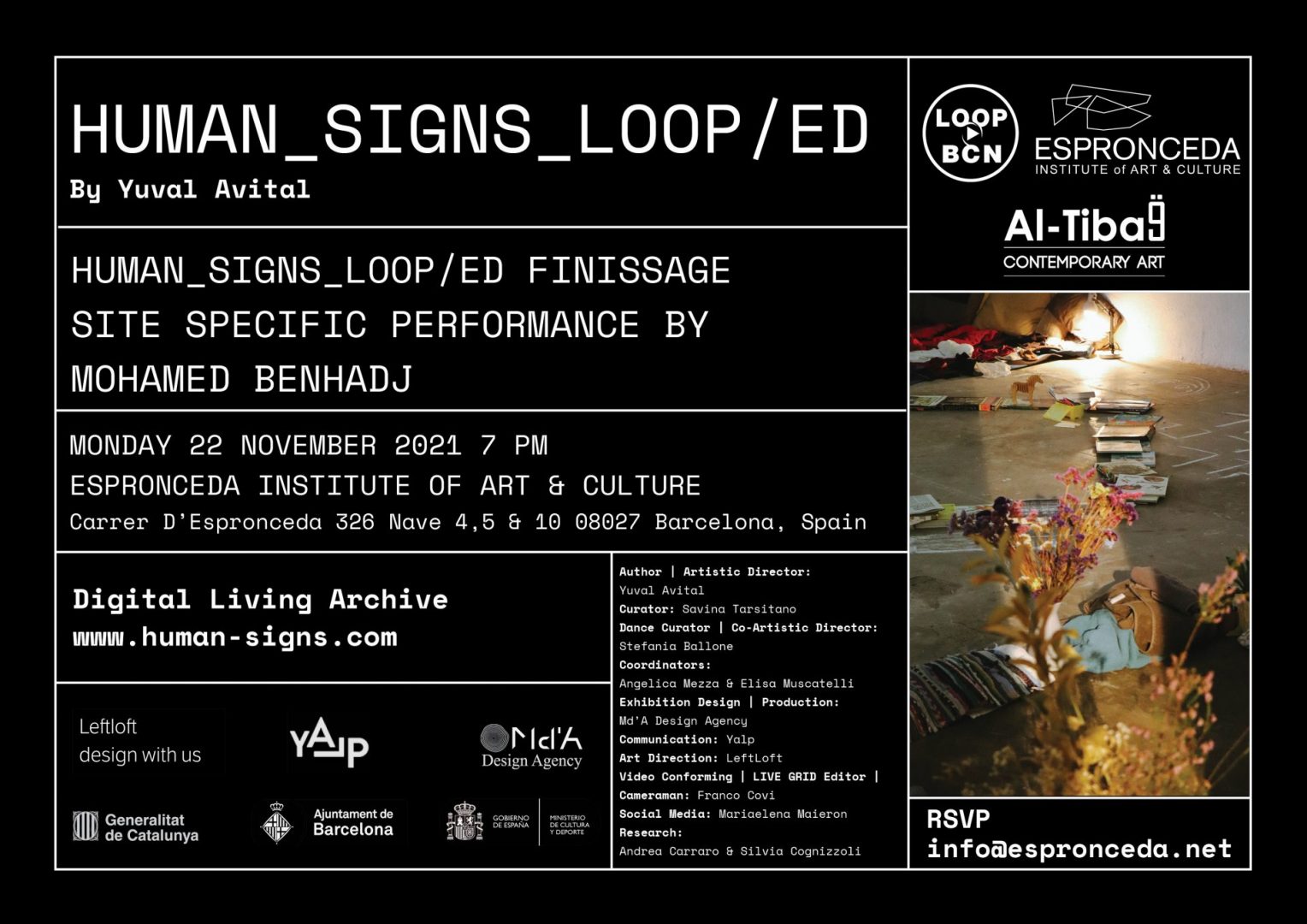 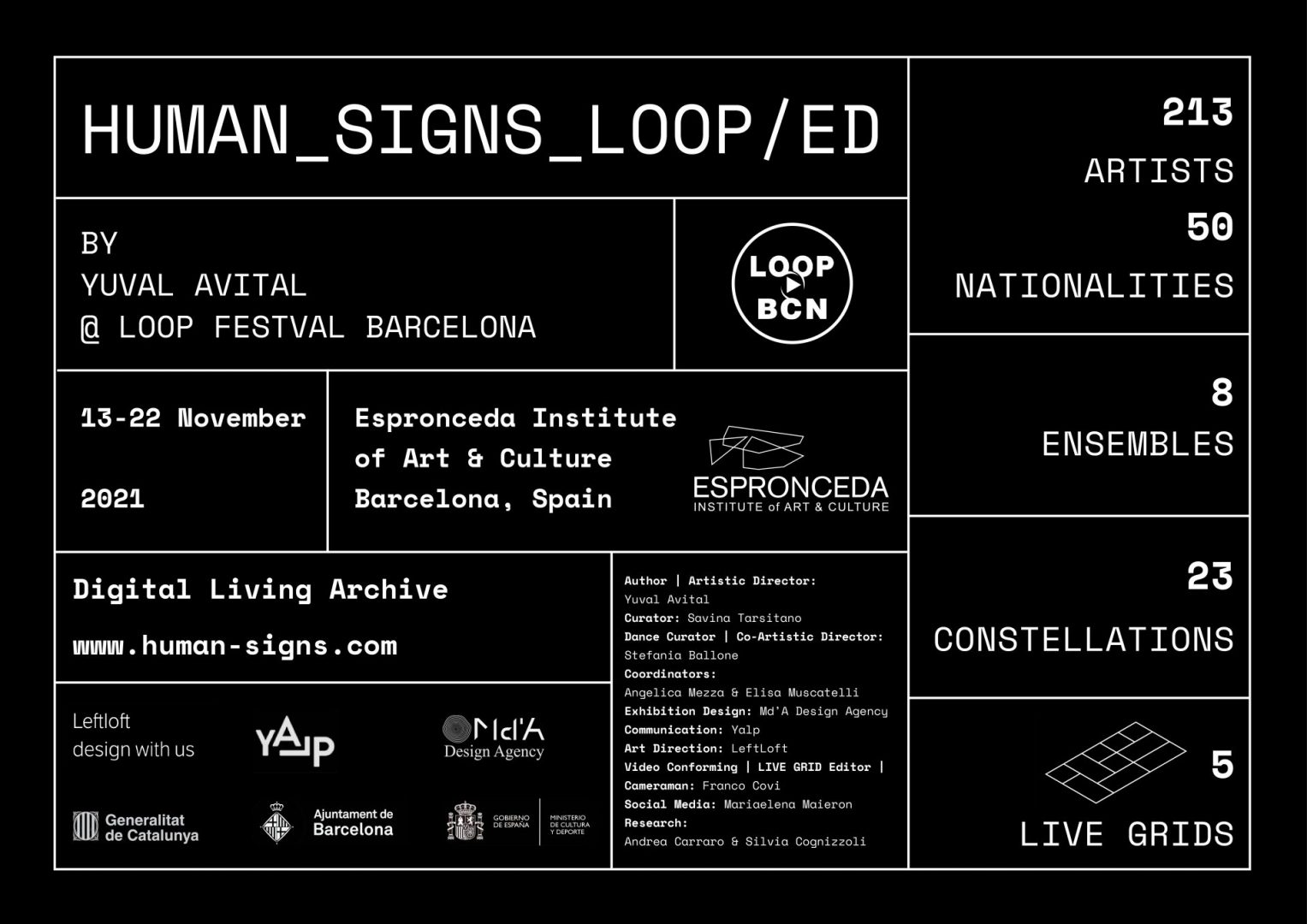