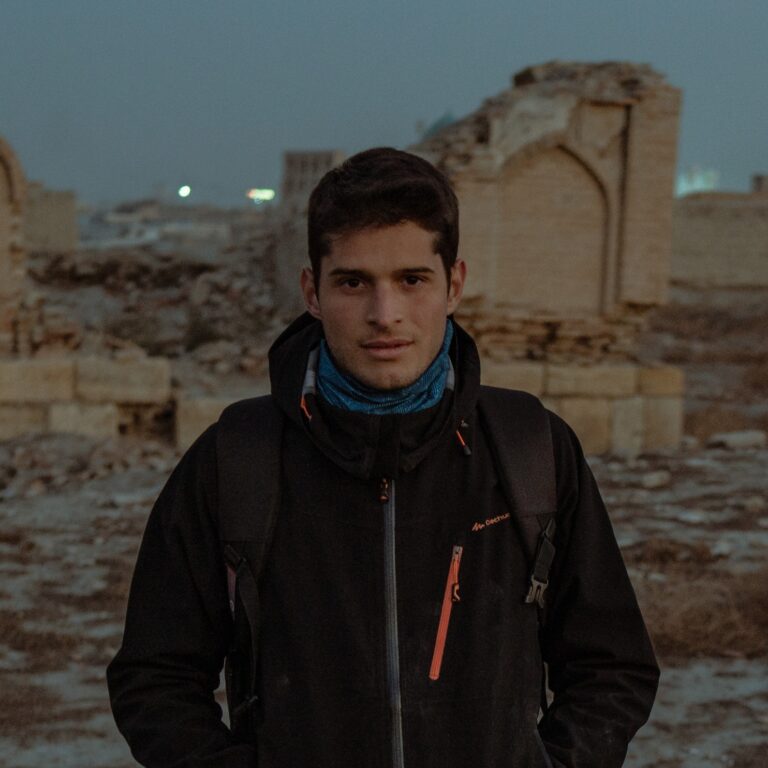 Andrea Carraro was born in Brescia, Italy, in 1996.

Son of art, his training is characterized by a continuous oscillation between creative expressions.

He graduated from Liceo Artistico Statale di Bergamo, while at the same time earning the senior year at Overbrook Senior High School in Pine Hill, NJ. In the United States he achieves various awards, including the opportunity to exhibit his work at the NJ Yam Exhibit by the state of New Jersey, he’s part of the Overtones choir which won national awards in that year, as well as frontman of the psychedelic rock band ATD, performing in various locations including the city of Philadelphia, Camp Jam and Beardfest Music Festival, he is co-author of several pieces, including Primal Body.

He graduated in New Technologies of Art at the Accademia Carrara di Bergamo with honors in 2019, and in the same year he enrolled in the master’s degree course in Anthropological and Ethnological Sciences at the University of Milano Bicocca.

He works with Carraro Lab on various projects including the creation of 3d models for the temporary exhibition “Le Genti del Po” in the Museum of Santa Giulia in Brescia, the creation of a documentary application for the Basilica Di Sant’Andrea in Vercelli, the creation of spaces in augmented and virtual reality of the “I colori della Giostra” museum for the municipality of Arezzo.

He is curator of exhibitions for emerging artists including Olivier Russo, Mattia Pinetti and Abraham J Foa, he experiments with the anthropological approach by applying it to the curatorship of the artist Federica Borghi.

Andrea is also a member of OPSI collective, with whom he exhibits in collaboration with Heman Chong and Renee Stall in the Fabbrica del Vapore with the installation” Opsi Takeover on TLUB in 2018”, and in the Biennale di Monza in 2019, winner of an academic call with which it created PRAXIS, a multimedia artistic residency.

He is co-founder and president of Tabula rasa aps, with which he organizes events such as exhibitions, concerts, conferences, debates, film screenings, book presentations and workshops. Recently he is part of the management of the circolo arci La Base s/O, contributing to the realization of cultural and social promotion activities.